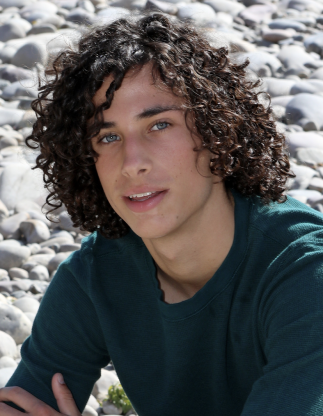 Broderick (Brody) Clayton Hills was born to Christopher and Carlie Hills in Peoria, Arizona on October 24, 2001. He passed away on March 28, 2022. Brody was 20 years old.

As a child, Brody was fearless. He could usually be found in a superhero costume or playing a pirate. Going to the grocery store meant Brody would be wearing a Spiderman or Power Ranger suit. Neighbors in Lacey, Washington saw him running up and down the streets with a tree branch sticking out of his waistband as his sword, often enough that they bought him his own sword and sheath. If he felt threatened or angered, he would often give people a slight growl to ward them off. While Brody acted fearlessly, he was an extremely empathetic person. He once responded to seeing his mom crying by drawing a picture of himself crying – his way of letting her know that he was sad for her. The picture still hangs in her bathroom today.

In his teenage years, Brody began to develop numerous talents. He was incredibly smart and applied himself in many areas. He taught himself magic card tricks and chess. In Columbus, Georgia, Brody joined the chess club. He always wanted to be the best version of himself and develop in his numerous talents and interests. Brody was also a gifted athlete and became particularly passionate about soccer. He began playing as a young kid and quickly became a key contributor on competitive teams in Georgia and North Carolina and developed lifelong friendships with his teammates. When Brody left Columbus his soccer friends extended the sincerest farewell, illustrating how much of an effect he had on the lives of others.

As Brody entered high school in Jackson, Wyoming, he continued to excel in academics, extracurriculars, and athletics. He fully dedicated himself to everything he did. When he got a B in a high school class, it didn’t console him to know that he was a fraction of a point from an A; it just mattered to him that he could have done better. He strived for excellence. In his junior year, he decided to join track and, in classic Brody fashion, ended up winning state and setting a new state record alongside his best friends. He kicked for the football team and alpine ski raced his senior year, just for a new challenge. Through the Jackson Hole High School Mountaineering Club, he learned to respect, love, and appreciate the beauty of the Tetons and all they have to offer. He pursued these and other interests and passions during two years of college at the University of Wyoming, including a recent study abroad semester in Barcelona, Spain. His college experience heightened his independence. Brody constantly surprised his family with projects, new hobbies, trips with friends, and even jobs that no one knew about. His family would often see pictures months after he had climbed and summited a mountain peak, maneuvered a technical backcountry ski, or landed himself in a Moroccan hospital with food poisoning.

Brody was a hard worker. When he put his mind to a job, he got it done. He liked doing things on his own time and in his own way, but he never failed to finish what he started. He really didn’t like seeing his mom doing yardwork or big jobs around the house and would quickly take over at any opportunity that might ease her burden. He worked for a landscaping company, was a lifeguard, shuttled rafting boats, and recently worked for an accounting firm as an intern.

Despite Brody excelling in everything he put his mind to, his greatest accomplishment on this earth was how he treated others. Brody was known by his classmates, friends, and community for displaying exceptional manners towards everyone, being kind to others, and never failing to reach out and offer support to someone who needed it. The most common phrase said about Brody was that he was “a really, really good kid.” Brody taught us that there is more than one way to show others you love them, and that regardless of how you do it, you should express love often.

Brody is survived by his loving parents Chris and Carlie Hills; his siblings Bailey, Brooklyn, and Braden; his grandparents Barney and Diane Hills and Scott and Vicki McEuen; and his uncles, aunts, and cousins.

Funeral services for Brody will be held on April 6, 2022 at 11:00 am at The Church of Jesus Christ of Latter-day Saints building located at 420 E. Broadway Ave., Jackson, Wyoming. The service will also be streamed via Zoom at the following link: https://zoom.us/j/93796457296 . Prior to the service, the Hills family will receive family and friends at the church building from 10:00 am to 10:45 am.

In lieu of flowers, the family requests that a donation be made to the Jackson Hole High School Mountaineering Club to help others learn to enjoy the mountains as Brody did. Donations may be made via GoFundMe ( https://www.gofundme.com/f/in-memory-of-brody-hills?qid=563af0da6a40edfd4f06754145aae633 ) or via check sent to: Jackson Hole High School Mountaineering Club P.O. Box 568 Jackson, WY 83001

Recording of the funeral

To order memorial trees or send flowers to the family in memory of Broderick (Brody) Hills, please visit our flower store.