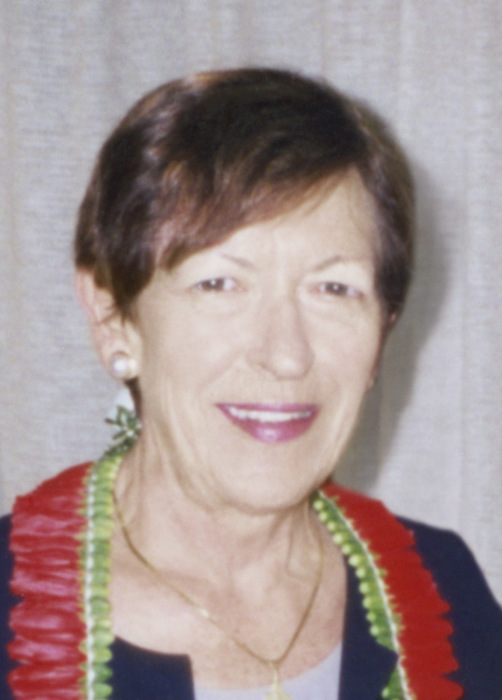 Dora Giovanini Anselmi
1930 – 2021
With art
Dora “DJ” Anselmi passed away peacefully at her home in Jackson Hole,
Wyoming, on Saturday, December 11, 2021, at the age of 91.
Dora was born in Rock Springs, Wyoming on November 30, 1930, to
Joseph Louis and Maria Lenzi Giovanini, both Austrian immigrants from
the Baselga di Piné Valley in what is now Northern Italy.
Dora’s father originally immigrated to the United States in 1911 to work
for the UP Railroad joining his brother Domenico in Rock Springs. He
later returned to Trento, Italy, and married Maria Lenzi (the sister of his
brother’s wife) before returning to Rock Springs and the coal mines,
later opening a retail liquor establishment. Growing up the daughter of
a saloonkeeper, Dora and her brother Joe spent Sundays (when bars
were closed) cleaning the premises with the added perk of a few coins
often shared by the slot machine owner, Mr. Chipp.
Dora attended schools in Rock Springs and graduated from Rock
Springs High School in 1948. She excelled academically and musically,
playing organ and piano. Years later, classmates would recall her
willingness to tutor them in various subject areas. During her junior
and senior years Dora was selected as organist for both daily and
Sunday masses at St. Cyril and Methodius Church, an honor and activity
she greatly enjoyed.
Following high school graduation she attended Loretto Heights College
in Denver with close friend Helen Krumpotich. At the conclusion of
their freshman year at Loretto, she and Helen decided to study
elementary education and subsequently transferred the following fall to
Colorado State College of Education now known as the University of
Northern Colorado. During her senior winter Dora met with an accident
and broke her leg while skiing, delaying college graduation to December
of 1952. She then returned to Rock Springs and began her elementary
teaching career at Lowell Elementary School.

In the summer of 1953 Dora accompanied her mother to Italy –
traveling by train and steamer ship to Genoa where they were met by a
group of double cousins she knew only through letters and
photographs. This was to be the first of many journeys to her parent’s
native country where her entire extended family resided.
Dora married Donald Rae Anselmi at St. Cyril and Methodius Church in
Rock Springs on November 15, 1953. Throughout their married life she
supported Don’s various successful business careers in car, insurance,
hotel, development and real estate ventures. With the opening of the
Outlaw Inn in March of 1966 and her husband’s all-consuming work as
managing partner, Dora like many educated women of her generation,
gave up career and professional possibilities to devote full attention to
organizing the family home and raising her four children. When her
children were older, Dora would return to teaching at Reliance
Elementary School. She was well respected by her colleagues and
adored by her students.
Her husband’s work in the insurance and hotel industries allowed Dora
and Don to travel extensively to many locations throughout Wyoming,
the United States and abroad. Additionally, as Don’s state and national
political involvement grew, she accompanied him to many Democrat
National Conventions and Inaugurations, most notably the 1960 Los
Angeles Convention where Don was a Kennedy delegate and, along with
the entire Wyoming delegation, placed his vote to put the future
President over the top to win the Democrat nomination. Years later on
more than one occasion, while sipping one of her favored martinis,
she would delight in recounting the story of how her water broke while
listening to Ted Kennedy deliver the keynote speech to the Wyoming
Democrat Convention in Rock Springs in September 1960 - just prior to
the birth of her daughter Gina.
In the early1960s, she and Don and family began spending summers in
Jackson Hole. In 1980 they became full-time Teton County residents
when they acquired a home at Jackson Hole Golf & Tennis – a location
that fast became a gathering place for family and friends, as Don and
Dora loved to entertain.

During this time Dora became known as “DJ” to her friends and a late-in-
life tennis enthusiast. She was also spending winter months in Tucson
and San Carlos, Mexico and was able to play tennis year round and
become a force on the courts – much to her grandchildren’s delight.
Dora’s tennis friends also became an important part of her social life.
Dora is preceded in death by her husband of 48 years, Don, her parents
and parents-in-law John and Lilja Anselmi, as well as her sister-in-law
Jane Giovanini, nephews Tad Giovanini and Paul Thomas Anselmi and
brothers-in-law John, Paul, William and Thomas Anselmi.
She is survived by her daughter Gina and three sons Mark (Nancy),
Joseph “Jay” (Stephanie), and Kurt (Wende), her seven grandchildren,
John, Michael (Emma), Donald (Dana), Maria, JJ (Remy), Amanda and
Max; five precious great-grandchildren, Hudson, Elias, Bridger, Thea and
Stevie. She is also survived by her brother Joe Giovanini and many
nieces and nephews, as well as many close relatives in Italy. Her beloved
dog Smokey, who brought her great joy, will miss her.
Following cremation, a Mass of Christian Burial will be celebrated at 10
a.m., Friday, December 17, at Our Lady of the Mountains Church, 201
South Jackson Street in Jackson Hole, Wyoming. A luncheon reception
will follow at the Church. All friends and family attending the service
are required to wear masks. Internment will take place in springtime in
the St. Joseph’s Section of Rock Springs Municipal Cemetery.
The family is grateful for the many years of exceptional and thoughtful
medical care of Dr. Bruce Hayse and greatly appreciates the attention of
staff at St. John’s Medical Center. Teton Home Care Plus provided a
wonderful team of skilled and kind nurses including Esther Gonsalves,
Melinda Clark, Elsa Lemin and Corrin Berg.
Additionally, they would like to recognize the wonderful staff and
volunteers at the Senior Center of Jackson Hole Meals on Wheels who
made possible the daily delivery of lunch and conversation.
In lieu of flowers the family requests donations to Jackson Hole Meals
on Wheels, PO Box 4677, Jackson Hole, WY 83001; Rock Springs
Catholic School Foundation, 116 Broadway, Rock Springs, WY 82901
and St Joseph’s Children’s Home, PO Box 1117, Torrington, WY 82240.

To order memorial trees or send flowers to the family in memory of Dora "DJ" Anselmi, please visit our flower store.