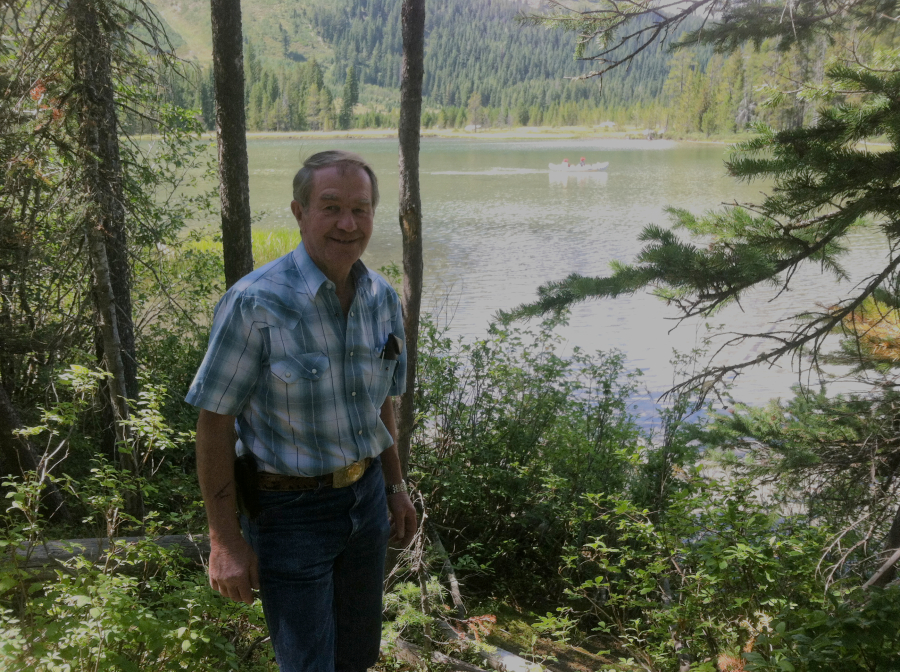 Earl Lynn Lutz, 75, passed away on February 6, 2022 in Jackson, WY. Earl was born January 10, 1947 in Muskogee, Oklahoma. In 1950, he moved to Jackson Hole where he lived his entire life under the shadows of the Tetons with his parents, Clifford and Deloris, and sisters.

Earl graduated from Jackson-Wilson High School in 1965, where his report cards reported multiple fall tardy arrivals, most likely due to his early morning duck and wildlife hunting trips. Soon after high school, Earl honorably served in the Vietnam War. Upon his return, he followed in his father’s footsteps and became an electrician, becoming the youngest master electrician in the state at that time. He worked for A1 Electric before becoming his own independent electrical contractor. Earl brought light and warmth to many homes across the valley. His love and generosity was immense in both his personal and professional life. He shared his wisdom and knowledge of the electrical trade benefiting everyone that he worked with, thus ensuring his superior electrical craftsmanship would continue on by passing his professionalism down to his stepson.

Earl met his wife Gail, and married in 1969 and they had two children. They lived north of Jackson where they started Split Creek Ranch. Snowmobiling in and out during the winter months, while still working and building the property into a guest ranch. At the ranch he touched many lives as the camp host, river guide and wildlife whisperer. Many would recall the farm, raising turkeys and pigs, all while entertaining the local bear population with the animals raised on the property. At the ranch, Earl passed his love for horses along to his daughter. Earl married Sandy in 1983. They would eventually sell Split Creek, and move south of town near Hoback. In 2002, Earl married Bonnie and celebrated life to the fullest. Together they would travel extensively in the past twenty years. Trips with their fifth-wheel took them across the country. Up and down the West Coast, through the desert Southwest, many excursions through the prairie lands and Texas, along the Gulf Coast states, and up into New England and Pennsylvania. As well as a notable camping trip to Diamond and Crater Lake with their grandpups, stepdaughter and fiancé. A trip to Switzerland and Italy, and many fun filled beach days in Hawaii. Spring getaways to Las Vegas where Earl’s favorite color was the sound of three blue seven’s.

Earl was well known as an avid outdoorsman, hunting and fishing all over the state. The wilderness spoke through and to him, appreciating all forms of what nature provides bringing him great joy and contentment. Backpacking trips were spent with his son up to Heart Lake, a must do adventure. He loved sharing all he knew of Jackson Hole to everyone. He would take friends and family to watch the migrating elk as fall waned, guide tours through Yellowstone where bears always made an appearance, and tell the tale of Slide Lake and the flood that moved the county seat to Jackson.

Earl lived life to the fullest, and had a love for the dance floor. His happy feet burnt up many floors in town. Even though he was semi-retired he continued to build electrical services for his friends in the valley. Some may call him an event planner, a mentor, but ultimately he was the friend that arrived at a moment’s notice, good times or bad; always a person everyone could count on. What most will remember is how Earl could laugh contagiously, celebrate expansively, work tirelessly, and live vigorously. He spoke his mind and followed his heart without regret.

A website has been set up to share stories and photos, earllutz.com, with the family. A celebration of life will take place in Summer of 2022, and you can believe there will be a bar and bonfire!!

To order memorial trees or send flowers to the family in memory of Earl Lutz, please visit our flower store.