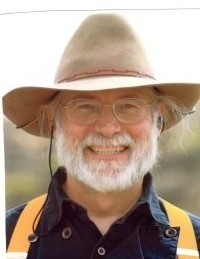 Gary Ernest Sternberg, 69, was born in Riverside, California on March 22, 1951 to parents Adolph Sternberg and Judith Smith Sternberg. He died while skiing on January 6th, 2021, in Grand Teton National Park with his friends and his wife, June Nystrom. Despite timely and excellent help from friends and park rangers who were called to the scene, Gary’s heart attack was not survivable. Gary was a 38-year resident of Jackson and thoroughly enjoying his retirement at the time of his death. He grew up in California with his two brothers. Mark is younger and Neil is older, His family camped and traveled together giving Gary his lifelong love for the outdoors. His father was in the Airforce and his mother was a military nurse, and the family had stints in Alaska and Texas as well, but Gary spent most of his childhood in California. He attended college at Cal State Long Beach and later drove a tug boat which serviced ships in Long Beach Harbor. In 1982 he moved to Jackson where he fell in love with these mountains and Wyoming, and began his life of hunting elk and participating in various gun shooting matches. Gary was an avid cyclist and a job at Teton Cyclery inspired him to attend bike repair and frame building school. He returned and opened his own shop in Jackson called Sternberg Cycles, where his careful work brought him a loyal and satisfied clientele. He eventually closed the shop and turned to another of his passions, working at the Jackson Gun Club as the onsite Range Officer. Gary was a long-time member of the Snake River Rowdies, our local gun club. He was also a longtime employee of Teton County School District #1, where he drove a bus and became route coordinator for the school district’s transportation office. He retired from the position in 2017. It was during his time with the school district that Gary met his wife, June Nystrom. He was quite shy, so after spotting him at a school awards ceremony, June stuck her name tag on his back so he would call her. He did, and a year later they married. They shared a life of outdoor adventure with trips to National Parks, canoeing, camping in the summer and downhill and cross-country skiing in the winter. Gary took wonderful care of June when a genetic liver condition required a liver transplant and many trips to Salt Lake, and nursed her back to health. Gary's hobbies included attending Cowboy Action Matches, being a member of Single Action Shooting Society in which his alias was Ridge Ranger. He traveled to matches all over the west, and proved to be an excellent shot. Last September he volunteered in Cora WY, working with a number of veterans from the Wyoming Catholic College. Gary provided his own personal guns and ammunition for the veterans to shoot. Everyone involved said Gary was a big help. Gary is survived by his wife June Nystrom, stepson, Jack Nystrom and his wife Emma Tully Cohen, his brothers Mark (Debbie), Neil (Deanne) and nephews Alex, Drew and Tyler, and niece Haylee. Due to the pandemic, a celebration of Gary’s life will be held this summer on July 4th,2021, at Gary and June’s home, where they lived happily together, 14 years to the day after they were married in the backyard. Call June for further information. In lieu of flowers, donations to assist June with end-of-life expenses are appreciated and may be sent to P.O. Box 4341, Jackson, WY 83001.

To order memorial trees or send flowers to the family in memory of Gary Sternberg, please visit our flower store.