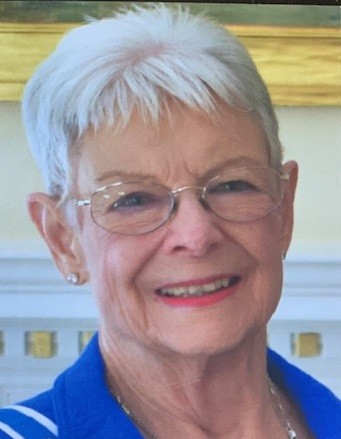 Geraldine “Dine” Webster Dellenback passed away on September 15, 2021 surrounded by family and loved ones. She was 85.

Dine was born in New York City on April 15, 1936 to Jerome Pierce Webster and Geraldine McAlpine Webster. She grew up in Riverdale in the Bronx borough of New York. She attended Saint Mary’s in the Mountains School in Littleton New Hampshire graduating in 1953. She went on to attend Bennett Junior College in Millbrook NY graduating in 1955. She continued her education studying painting and sculpture at Columbia University in New York and transitioned into the study of occupational therapy.

In 1957 she fell in love with Robert “Bob” Joseph Dellenback, they were married in 1958. They resided for many years in Englewood New Jersey and moved to Lakeville Connecticut in 1981 where she owned a needlepoint and knitting store. In 1990 they moved to Jackson.

Bob and Dine supported many philanthropic organizations such as the Museum of Wildlife Art in Jackson, George Washington’s Mount Vernon, The American Prairie Reserve and The Papers Project at the Buffalo Bill Museum of the West among many others.

Following in her mother’s footsteps, Dine became a member of the National Society Daughters of the America Revolution “DAR” in 2007. She was a devoted member of the Davy Jackson Chapter where she held several leadership positions including chapter regent from 2010-2016. Dine was the Wyoming State Regent from 2018-2020.  DAR provided Dine with the opportunity to engage her love of genealogy as she traced her lineage to 14 patriots who fought in the Revolutionary War.

Dine was a devoted member of Saint John’s Episcopal Church in Jackson. She enjoyed attending bible study, was on altar guild and sang in the choir.  She was a charter member of The Order of the Daughter of the King at St. John’s starting in September 1990.  One of her final wishes was to restart the DOK chapter at St. John’s.

She loved living in majestic Jackson Hole and watching the seasons change.  She loved riding her horse, Stone Fox, in the valley. She loved travel, art and music. She was devoted to her friends and family especially her late husband Bob and her children.  She was a life long learner, a lover of history and a woman of faith.

Dine is predecease by her parents and her beloved husband Bob.  She is survived by her brothers Jerome “Jay” and Hartley Webster, children Robert, Ian of Georgia, Vermont, Geraladine “Derrie” of Thayne Wyoming and Martha of Charlestown MA; four grand children and three great grand children. Survivors also include her many beloved nieces and nephews. The family would like to express their deep appreciation to the staff at St. John’s Health in Jackson for their compassionate care.  In Lieu of flowers, the family requests you make a donation to St. John’s Health or St. John’s Episcopal Church both in Jackson.

A service will be held at St. John’s Episcopal Church on Saturday October 9, 2021 at 1pm.

To order memorial trees or send flowers to the family in memory of Geraldine "Dine" Dellenback, please visit our flower store.