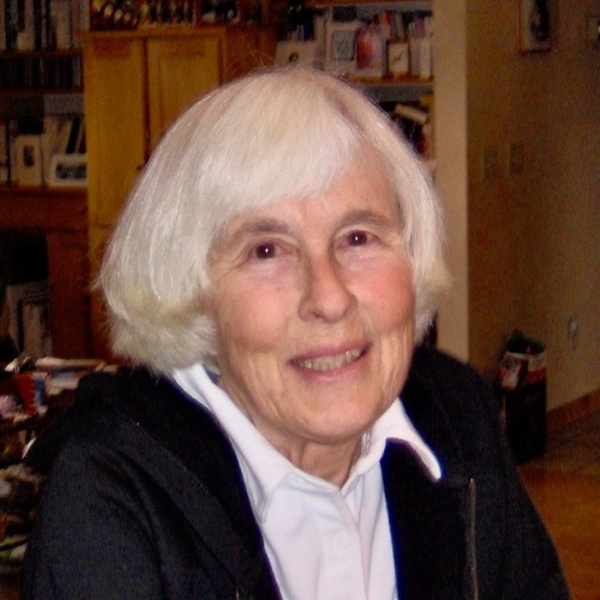 Cynthia M. (Petie) Bennett died from heart disease in Wilson, WY on March 18, at the age of 89. A celebration of her life is to be announced in the coming summer months.

Petie was born December 23, 1930 to Howard Gilmore Mealey and Lorraine Lyman Mealey in Minneapolis, Minnesota. The youngest of three children and the only girl, her early life was spent trying to keep up with her brothers. Her father wanted her to be one of the boys, and so dubbed her “Pete”.  She never much liked that moniker, so as an adult she changed it to “Petie”.

Petie’s early years were punctuated by tragedy; her father passed away suddenly when she was 7, followed by her eldest brother when she was 12. Fortunately, life took an auspicious turn at age 16 when she was invited by her cousin Stan Lyman to work at the Bar BC Dude ranch in Grand Teton National Park in 1947. Her heart was immediately and permanently captivated by the people and land of Jackson Hole, and her passion for horses and cowboys was ignited. She returned over successive summers, working at such historic icons as the Whitegrass Ranch, Elbow Ranch, Trail Creek Ranch and The Ranch (Heidelberg). Lifelong friendships were seeded during those years, which have flowered and grown, all the way up through the final days of her life.

Petie enrolled at the University of Minnesota and spent the winters dreaming of Jackson Hole.  During that time, her sorority sister Mimi Bennett introduced Petie to her brother Meridan (Med) Bennett. A whirlwind long-distance romance ensued, with meetings in Jackson Hole, Sun Valley, Minneapolis, and points in between. Med proposed to her at the old Elbow Ranch in Grand Teton National Park, and they were married on Feb. 9, 1952 in Minneapolis.

The young couple moved to southern Alberta where Med and his brother Fletcher had recently purchased the Locky Bell Ranch. However, three years of crop failures and calf losses took their toll, and Petie and Med decided to return to Jackson Hole. Their old friend Betty Woolsey offered them jobs and a place to stay at Trail Creek Ranch.

In 1956 they traveled to Italy with some of their Jackson Hole friends to attend the winter Olympics in Cortina d’Ampezzo, after which they traveled Europe and lived in Geneva while Med worked on his novel. During this time Petie took up photography, and honed her skills behind the lens and in the darkroom.

They returned to the US in 1957 and settled in Missoula, Montana where their two daughters, Lisa and Edie were born. As Petie grew into motherhood, she continued to explore the world of light and shadow through the lens of her camera. The images she made during those years record not only the daily life of a young family, but also her maturing eye for composition.

In 1962 the family followed Med to his job on the island nation of Cyprus in the eastern Mediterrean, where he was setting up a new Peace Corps program. These were exciting and challenging times for the family as Petie began to learn Greek and took on the role of diplomatic wife, while getting the girls established in school. Then, after less than a year, civil war broke out and the family was evacuated, living briefly in Washington, DC before eventually returning to Missoula.

While Missoula life was full with school activities, friends, skiing and summer fun at Flathead Lake, Petie worried that the air pollution from a nearby paper mill was making her family sick. She joined a group of activist women called “Gals Against Smog & Pollution” (GASP) which staged protests outside the gates of the Hoerner-Waldorf paper mill. When a class action lawsuit to force the mill to clean up its emissions was thrown out of court, Petie and Med decided it was time to move the family out of Missoula.

In 1970 they returned to Jackson Hole for good, initially living on the banks of Fish Creek in Wilson. Two years later they bought an old log cabin which had served as the main lodge for the original R Lazy S Ranch when it was located in Teton Park, and moved it onto their new plot of land on Green Lane just east of Wilson. This home and land sustained them for the rest of their lives. They put up hay, kept a few cows, chickens, turkeys and even had a milk cow for a while.

Petie was now able to live her dream of having horses, and even reared a couple of foals. She was in heaven to finally be able to have her horses readily available for daily rides and training. During the epic trail rides she took all through the mountains with her circle of “horsey” friends, Petie was soon influenced to trade her western saddle for an English one, and happily added jumping and dressage to her riding repertoire.

Now that Petie was securely home in Jackson Hole, she spent most of her time enjoying the outdoors. When they weren’t taking care of ranch chores, she and Med were certain to be hiking, backpacking, boating, skiing Teton Pass or at Teton Village, or ski touring throughout the Tetons. She also held part-time jobs at the Jackson Hole News and Jackson Pediatrics.

Petie was a true animal lover, and the family was never without dogs, cats and various other creatures. She had an uncanny communication with them that went both ways, the animals answering her almost in conversation, either telepathically or verbally. Her most beloved dog, Keeper, helped her through the hardest years surrounding Med’s death.

When the girls left home in the early ‘80s, Petie and Med took up master’s cross-country ski racing and spent over ten years training year-round and traveling to compete all over the world. She came out of those years with a respectable number of World gold medals in her age class, but most importantly this phase of their lives gave Petie many great moments of friendship and comradery with her fellow racers. Toward the end of this joyful period in Petie’s life, Med began to show signs of Alzheimers disease, so their activities slowed accordingly.

Med passed away in 2001, and shortly thereafter Petie came down with the symptoms of chronic Lyme disease, which challenged her greatly for many years. Despite this, Petie had huge reserves of energy and a determination to get the most out of life. She was convinced that she could find a way to feel better and do more, and this drive allowed her to have many more trips, adventures and good times with friends and family in the final two decades of her life.

Perhaps the best tribute to Petie’s life is reflected in the friends and relationships she gathered along the way. She had a knack for surrounding herself with the most solid, funny and diverse bunch of people, whatever the context was. She was always grateful for her friends and drew much enjoyment of life in their company. For decades she held an annual Ladies Luncheon just before Christmas that was anticipated all year long by all who attended. As time went on, this party evolved into a more sedate bi-weekly Brown Bag Lunch (BBL) at Petie’s house which she hosted until just this past January. These dear friends are now supporting our family and buoying us as we adjust to our loss of this wonderful woman.

Petie is survived by her daughters Lisa (Scott) Pierson and Edie, and grandchildren Roxy, Owen and Maddy.

In lieu of flowers, the family has requested that donations be made in her honor to Doctors Without Borders (https://donate.doctorswithoutborders.org).  Condolences can be sent to the family at www.valleymortuaryjackson.com.

To order memorial trees or send flowers to the family in memory of Petie Bennett, please visit our flower store.