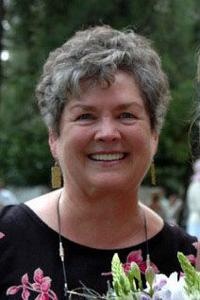 Jackson resident Bonnie Brown Koeln died of complications from multiple myeloma on Nov. 2 at her home. She was 78 years old.

Ever organized, and frequently teased about it by her friends, Bonnie prepared her own obituary.

Bonnie Brown was born May 23, 1940, in Easton, Pennsylvania, the first child and only daughter of John and Lillian Brown. Her early years were spent in Easton and, from ages 7 to 13, in various locations in southern Florida, after which the family returned to Easton.

Bonnie’s early working years were spent in Washington, D.C., first with General Electric in the government affairs office and later as assistant to the president of the Food and Drug Law Institute.

She and her late husband, Richard Koeln, also a Dickinson alumnus, married in October 1971. They moved to New York City several years later, where Bonnie worked for Grey Advertising, writing and editing government advertising proposals for agencies such as the military and the National Highway Transportation Safety Administration (such as “Friends Don’t Let Friends Drive Drunk”). Richard pursued an acting career off- and off-off-Broadway, appearing as Uncle Vanya in “The Seagull” and other heavy dramatic roles, as well as in Shakespeare in the Park, which starred Robert Guillaume (TV’s Benson) as Othello.

Bonnie and Richard moved to Jackson in 1977, having spent a year “on the road” looking for a new place to live. They had traveled 25,000 miles around the country with their black cat, Zinka (who hated every single mile of the journey), and had tentatively decided either to return to the Washington area or to move to San Francisco, when car trouble brought them to Jackson Hole. It was June, it was green, it was beautiful. They were in Jackson for about three hours before wondering, “Isn’t this exactly what we’ve been looking for?”

After a couple of false starts in other jobs, Bonnie was hired for what turned out to be the best job in the world. It was a perfect fit for her personality and abilities, as chief clerk of the Justice Court. She was originally hired by Justice of the Peace Bob Brodie and continued with the next judge, George Kuvinka. She retired in 2003, when the Justice Court was superseded by the Circuit Court. Her retirement was front page news in the Jackson Hole News.

After she retired Bonnie started traveling and developed a new interest in photography. She has traveled to all seven continents and all 50 states. Her first international trip was to China shortly after she retired, and other trips took her to Africa several times (Kenya, Tanzania, South Africa, Botswana, Zimbabwe), Machu Picchu, the Galapagos Islands, Egypt, Morocco, Thailand, Cambodia, Vietnam, Russia, Scandinavia, Alaska, Scotland, Tasmania, Australia and New Zealand, Bhutan, Nepal, Tibet, Sicily, Malta, the Amalfi Coast, India, Sri Lanka, Laos, Myanmar, Cuba, Easter Island, Patagonia, the Panama Canal, Central America (Costa Rica, Honduras, Guatemala, Nicaragua, El Salvador and Belize), Iceland, Greenland and the Faroe Islands. Her second trip to Vietnam took her to Nha Trang, where Richard had served in the U.S. Army. In 2018 she took a cruise of the Great Lakes.

Bonnie was also fond of road trips and drove across the USA several times, including a three-month, 9,500-mile trip in the spring of 2012.

A number of “Travels with Bonnie” photographs were donated to the Senior Center of Jackson Hole and were on display in the dining room, and she also started “Senior Picture Day” at the Senior Center. She was a frequent entrant in the adult photography division at the Teton County Fair, winning numerous blue ribbons for photos taken on her travels between 2000 and 2017. In 2014 she won Best in Show. Because of her illness she had no entries in the 2018 Teton County Fair.

For several years after retiring Bonnie stayed busy volunteering and served as a board member with the Latino Resource Center and the Curran-Seeley Foundation. She acted as treasurer for her much-loved Teton Democrats for seven years, and remained active in the organization. She also served two terms, appointed by past Gov. Dave Freudenthal, on the state’s Commission on Judicial Conduct and Ethics.

Bonnie attended the 2008 and the 2016 Democratic National Conventions, in Denver and Philadelphia, and was thrilled to be present for the nominations of our first African-American president and first female presidential nominee.

She also loved spending time editing books for friends, both memoirs and fiction, as “Grammarian in Chief,” a talent for which she thanks the world’s best grammar teacher at her junior high school in Easton.

Bonnie was preceded in death by her beloved husband, Richard, best known and still remembered as the maitre d’ at Anthony’s Italian Restaurant, who died at age 50 on Inauguration Day 1993.

She is survived by a niece, a nephew, and three grandnieces in Pennsylvania.

In late 2014 Bonnie sold her home to the Teton County government, at a discounted value and in exchange for a lifetime lease with the understanding that after her death the home would be used as housing for employees in the public sector.

Bonnie was grateful for and thanks her many friends, near and far, for their visits, cards, letters, and encouragement. You know who you are.

To order memorial trees or send flowers to the family in memory of Bonnie Koeln, please visit our flower store.