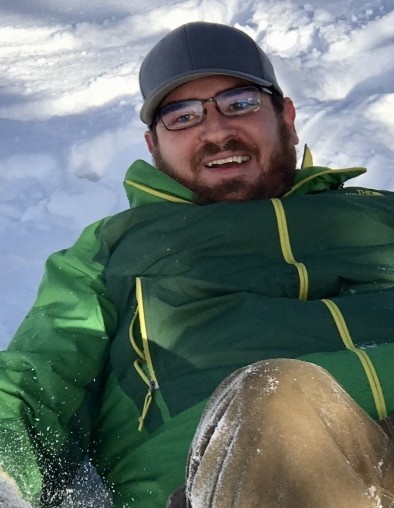 Moran resident Brian T. Allen, age 44, died on May 21, 2019 in a tragic rafting accident on the Snake River. Brian was born June 11, 1974 in Astoria, Queens in New York City to Robert and Carol (Nagy) Allen, where he was the youngest of four siblings.

He married Amy (Ventre) Allen on October 10, 2010 after 10 years together. Brian and Amy had no children, and traveled and moved around quite a bit, relocating from the Denver area to Moran in July of 2017. After working for nearly 20 years as a cook in well-known restaurants in New York City and Las Vegas, Brian found a job he was passionate about when he joined the rafting team at Grand Teton Lodge Company. This was to be his second full season on the river.

Brian is remembered as a gentle soul who cared deeply about animals and the environment, and loved living, working, and fly fishing in Grand Teton National Park. Often when he and Amy would drive or walk in the area, Brian would say, “Can you believe this is where we get to live?” as he looked around with wonder.

Brian was preceded in death by his parents, Robert and Carol. He is survived by his wife Amy, siblings Diane (Allen) Madden, Lisa (Allen Caldera) and Robert Allen, and numerous brothers- and sisters-in-law, cousins, aunts, uncles and nieces and nephews.

A celebra on of Brian’s life will be held at Jackson Lake Lodge in Moran on Friday, May 31 at 2:30pm. His ashes will be partially scattered on the Snake River in a separate, private ceremony, and there will be an additional scattering of the remaining ashes at a special beach in New York where Brian spent many happy days as a child with his family.

Contributions may be made in Brian’s memory to Jackson’s Animal Adoption Center (animaladoptioncenter.org), where he and Amy adopted their beloved pup Do e, or to the Anxiety and Depression Association of America (adaa.org).

To order memorial trees or send flowers to the family in memory of Brian Allen, please visit our flower store.