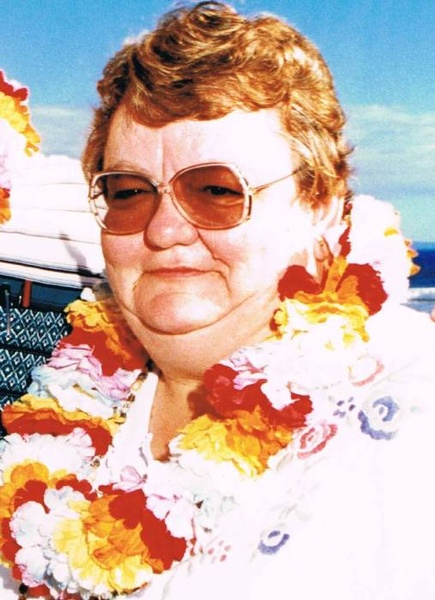 Carolyn was born January 16, 1950 in Jackson, Wyoming to J. Orland and Lillian Roos Robertson.  She graduated from Jackson Hole High School and then from Utah State University.  She married Norman Mellor III on December 27, 1973 in the Idaho Falls L.D.S. Temple.

She was an active member of the L.D.S. Church.  She loved to spoil her grandchildren.  She was very active in both Scouting and 4H.  She enjoyed helping guide the lives of young people.  She truly endeavored to make the world a better place.  She also enjoyed sewing.

She is survived by her husband, Norman; her two sons Norman Mellor IV of Riverton, Wyoming, Mathew Mellor of Lincoln, Nebraska and her daughter Gretchen Herndon of Snowflake, Arizona; a brother John Robertson and two sisters Edith Bird and Christie Robertson and 6 grandchildren.

Funeral services will be held on Monday, June 20th at the Jackson L.D.S. Church with a visitation from 7 – 8:30 p.m., Saturday, June 18th and then for an hour prior to the funeral at the church.  Burial will be in the Aspen Hill Cemetery.  Condolences can be sent to the family at valleymortuaryjackson.com.

To order memorial trees or send flowers to the family in memory of Carolyn Mellor, please visit our flower store.