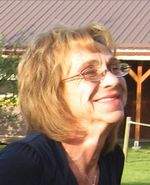 Cynthia "Cindy" Louise McIntyre, 66, passed away peacefully in her home in Jackson, Wyoming on May 10, 2010 at 10:00 in the morning. She faced her illness and death with inspirational grace and courage-reassuring all that she was simply moving on to her next adventure and would see them all again.

Cynthia Louise Pohland was born in Latrobe, Pennsylvania on February 8, 1944 to Richard E. and Leona D. Pohland. She enjoyed a happy childhood in her parent's home in Latrobe and spent summers at the family "cottage" in Derry, )Pennsylvania, surrounded by a large family and many friends.

Cindy moved to Pittsburgh, PA in 1961 to attend Robert Morris College and married the first love of her life, Claude S. Christian in 1962. They had two daughters and lived in many different parts of the United States, traveling for Claude's job as a food & beverage manager. In the late 1970's after their marriage ended, Cindy moved to Jackson, WY and worked for Garaman, Inc. at the Ranch Shop and Round Up retail stores until the lage 1980's.

She was a stay at home Mom when her girls, Lyn and Cat, were young and then embarked on several careers throughout her lifetime. She was a dog groomer, retail and restaurant manager, helped with several family businesses, and since 1997, was the Weigh Master at the Teton County, Wy transfer Station. this was her favorite job. She thrived on managing and organizing and loved her supervisors, co-workers and customers. She was continually amazed and amused by the strange events that take place at landfills and was known to always have the coffee pot on.

In the late 1980's Cindy returned to Latrobe, Pennsylvania to help care for her mother Lee. After Lee's death, she met and married the last love of her life John "Mac" McIntyre. They enjoyed several joyful years together before Mac succumbed to cancer. She returned to Jackson, Wyoming after his death, in 1997, and began work at the transfer station.

Among the things Cindy loved, were her family and friends, her job at the transfer station, New York Times crossword puzzles, bubble baths, music, reading, laughter, cooking, a strong cup of coffee, and a glass of good red wine with dinner.

Cindy is survived by her daughters Lyn Christian and Cat Manes, her brothers Morris B. "Herk" Pohland and Paul B. "Pudge" Pohland, six grandchildren- Amanda, Mason, Brina, Catrina, Spencer, and Jimmy and o e great grandchild- Isaac. She was preceded in death by her parents ts and brother's Richard D. Pohland and Kevin B. Pohland.

Funeral services were held at 5 p.m. on Friday May 14, 2010 at River Crossing chapel, with Pastor Mike Atkins officiating, and were followed by a Celebration of Life held in the Gold Piece Room at the Wort Hotel in Jackson, WY. Cindy's fin al resting place will be beside her beloved husband Mac at the Indiantown Gap National cemetery in Annville, PA. Her family wishes to express their deep gratitude for the many acts of kindness extended during this difficult time. In lieu of flowers, donations may be made to Hospice of the Tetons PO Box 428 Jackson, WY 83001 Condolences may be sent to family at www.valleymortuaryjackson.com

To order memorial trees or send flowers to the family in memory of Cynthia McIntyre, please visit our flower store.