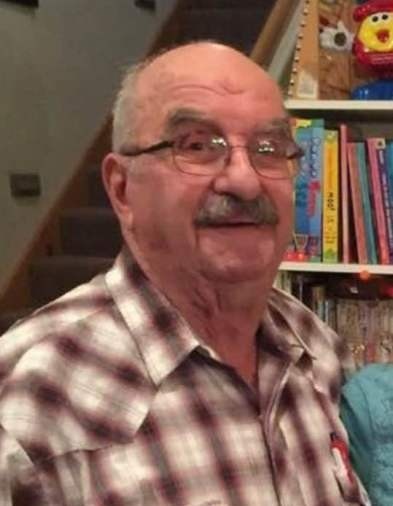 Born on December 26, 1930, in Tarentum, Pennsylvania, Don was the son of Earl and Elizabeth Brewer.  He graduated from HarBrack High School, traveled west to work on the Farthing Ranch in Cheyenne, WY in 1947 and was later drafted by the U.S. Army, serving in Korea from May 1951 until May 1953. After two years of military service, he returned to the United States and attended the University of Pittsburgh for one year. Realizing that his heart and soul were in his beloved mountains, he returned west to work on several ranches in the region.

He worked over many years, on the Jewett, Fronk, Quarter Circle 5, Pfisterer Ranches and the Triangle F Ranch in Bondurant.

In December of 1957, Don married the love of his life, Sandra Strobel Brewer.  They spent 60 happy years together, helping out during hunting seasons at her parents’ ranch, the Triangle F and in 1966, purchasing the Jackson Victor Express. They hauled mail, milk and freight, building up, then selling their successful business.

Don was enthusiastically and lovingly involved in several lifetime projects: his family, his community, and spending time in the mountains hunting and fishing. He loved to square dance, and played and coached baseball. He served for more than 40 years as an officer and member of the Oddfellows, and helped the club start Little League baseball in 1968. After coaching and raising all three of his boys through Babe Ruth baseball, he was recruited to coach and play ball with his nephews on the Jackson Victor Express Men’s Softball team and helped coach a grandnephew’s baseball team in 1992.

He was an avid reader and walker, frequently seen climbing Snow King as long as he was able. He loved many sports, especially cheering on the Pittsburgh Steelers and Denver Broncos. Don and Sandra were active members of the local Teton Twirlers Square Dance Club and also traveled to dance throughout the west.  The greatest of Don’s loves was spending time with family and friends.  He always made time for storytelling, for laughing and sharing meals together. He gave great hugs as well as great advice. He will be missed, but in our hearts forever.

Don was predeceased by his parents, his brother, Glenn Brewer, also of Jackson and Bondurant as well as his other five siblings. He is survived by his wife Sandra and three sons: Michael Brewer (Ann) of Thayne, Wyoming; Martin Brewer (Lori) of Healy, Alaska; and Matthew Brewer of Bondurant, Wyoming; six grandchildren: Stephanie, Gregg, Jarrod, Jeremy, Jake and Bailey; seven great grandchildren; and numerous nieces and nephews. Each member of his family gave him great pride and joy, including Terri (who “adopted” herself into the family in the early 1980’s) and her husband John King.

A gathering of family and friends will be held at St. Hubert the Hunter Church in Bondurant on September 8, details to follow.

To order memorial trees or send flowers to the family in memory of Donald Brewer, please visit our flower store.