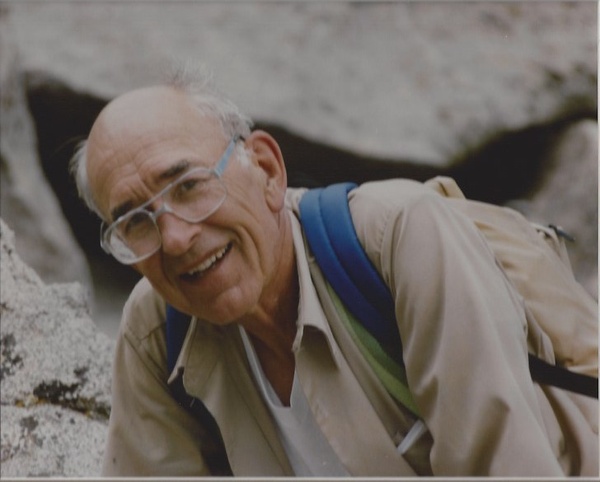 Frank was born on a farm in Kansas in 1922. He hated the farm (except for welding and machinery repair) and made plans to escape by age 13. He subsequently earned a B.S. in Physics, an M.S. in Mechanical Engineering and a Ph.D. in Aerospace Engineering. And yes, that got him off the farm. He founded Rosemount Engineering in Minnesota in 1956, chiefly making aircraft and aerospace instruments to measure pressure and temperature. Frank’s instruments are on virtually every jet in the free world, as well as on the Apollo astronauts’ suits and instruments on the moon and Mars.

Rosemount was immensely successful, but Frank loved engineering more than being president of a company with hundreds of employees, so he moved to Jackson Hole in 1970 and did research and development work. His patents cover an amazing range of things: solar energy heating, fastener systems, windshield repair, and many more. Frank held 86 patents.

Frank constantly thought about ways to improve everyday objects. For example, he loved skiing and developed ski boots that helped change the industry from leather to plastic (and led him to be a long-time board member of the JH Ski Corporation and then a founder of Teton Village public utilities,including serving many years as Fire Chief). He liked golf and developed several patents for golf club design (and wrote three books on optimizing club head designs).

Frank married Alice Martel in Washington DC while he was a graduate student at John Hopkins and she worked at the Belgian embassy. They had three children: JoAnn (Peter) Blomberg, David (Mary Kay)Werner, and Robert (Patrice) Werner, all of Teton Village; eight grandchildren; and eleven great-grandchildren.

The family plans a memorial reception on July 29 from 11:00-2:00 at Teton Pines on the Moose-Wilson Road. Please come. The family is grateful for the love you extended to Frank. Please send memorial contributions to the charity of your choice.

To order memorial trees or send flowers to the family in memory of Frank Werner, please visit our flower store.