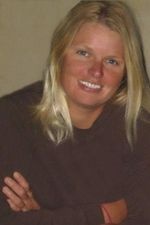 Heidi L. Smith, 30, of Wilson, Teton County, WY, died Thursday afternoon, September 10th, 2009, while backpacking in Yellowstone National Park. Born September 2nd, 1979 to David W. Smith, and Nancy (McDonough) Smith (Orefield, PA), while her parents were stationed at Howard Air Force Base Republic of Panama, she is survived by her parents and by a brother, Steven D. Smith, of Shreveport, LA, and a sister, Bethany C. Smith of Orefield, PA. Heidi was a 1997 graduate of Captain Shreve High School, in Shreveport, LA, and a 2001 graduate of the Honors College of the University of Pittsburgh, in Pittsburgh, PA. While a student, she participated in Semester at Sea, and also studied in Australia. For several successive seasons, Heidi was a professional ski instructor at the Kids' Ranch, Jackson Hole Ski Resort, and also a river guide with O.A.R.S. Inc. Heidi was a military 'brat' who, while growing up, lived in Panama, Myrtle Beach, Tucson, Great Britain, Connecticut, Shreveport, and Allentown. She had previously instructed at Blue Mountain Resort, Palmerton, PA, Jack Frost Resort in the Pocono Mountains, and at Killington, VT. She guided rafting trips on the Lehigh River in PA, the Hudson River in upstate NY, the New and Gauley Rivers in WV, and the Snake and Salmon Rivers in WY. The family asks that in lieu of flowers, donations be made, in Heidi's name, to the Sierra Club by contacting them directly at 415-977-5653.

The funeral will take place Monday, September 14, 2009, at 11:00 AM, at Valley Mortuary, 950 Alpine Lane, Jackson, WY. Friends may call at 10:00 am. Committal and scattering of the ashes will follow at 4:00 pm at Jackson Hole Ski Resort. Meet at the Deck at Nick Wilson's for the tram. A memorial service will be held Sunday, September 20th at 3:00 PM at Union Lutheran Church, Route 873 Schnecksville, PA.

To order memorial trees or send flowers to the family in memory of Heidi Smith, please visit our flower store.