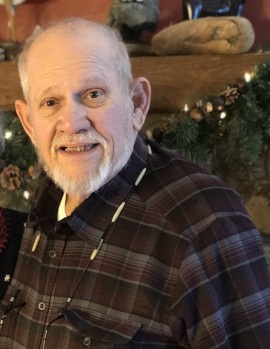 It's the end of the trail, Herb would say to his wife, Diane, many times over the last 2 years, but then it was…November 8, 2019. What a struggle he had with health issues…with every Dr. starting a conversation with you've been through a lot, and he had. You are tough and strong. And that is the way he has been his whole life. He was told in July 2018 that he had a few weeks to live, but after radiation treatment, his cancer was in remission. Herb had a happy and productive year. But sadly, cancer metastasized this fall.

Herbert Charles Hazen was born in Houston, Texas, in 1943 to a tenacious family, to include his influential grandparents that were from Lebanon. They taught him how to read people, and develop a strong work ethic.  His grandmother taught him the passion for food and cooking, while his grandfather, among other things, taught him how to bargain. These special traits he learned from the love of his grandparents with whom he spent a lot of time over his early years. These were all things that he carried throughout his life. He also learned a special way of loving from one another. Herb learned the hardships of life early on but emerged a strong and loving man. His parents were entrepreneurs of varying businesses they attempted over the years.

Herb excelled at being an entrepreneur, thanks to his grandparents, with a gift for selling. His many successful and highly varied business ventures took him from Houston to northern California, then Oregon, and 35 years ago, Wyoming. While in Eugene, OR, Herb had an excellent and highly successful restaurant. It is also where he met the love of his life, Diane. This love was remarkable because of their shared interest, and they were involved in each other's daily routines. They moved to Jackson, where Herb and Diane opened the Charles d'Lou Wildlife Gallery, specializing in North American and African wildlife art. He was also in real estate while living in Eugene, Oregon. Eventually, he got his WY real estate brokers license. When Herb and Diane closed the gallery due to high rents, Herb opened his real estate office in Jackson.

Herb loved adventure, and in the 1960's he traveled to meet his Lebanese relatives, but also visited other countries in the area. During one of his trips, he accompanied his great uncle, the First Christian Patriarch of Damascus. He was traveling by car, from Lebanon back to Syria, when they found themselves at the border area, which was being strafed by airplanes. So, they quickly returned to Beirut…not bothering to deal with usual border crossing formalities.

Herb also loved to hunt with his muzzleloading rifles. He built his first muzzleloader while working on the road in the early 1970s using spare parts from rifles. It eventually led to his opening a muzzleloading manufacturing company in Springfield, Oregon. Here, Herb employed up to 5 gunsmiths for building custom muzzleloaders. He was an exceptional and accurate shot, winning many primitive competitions in the northwest, including British Columbia.

He loved to shoot pistols competitively and, about 20 years ago, took a course in building the 1911 style pistols. His precision work was admired by many. He would only build pistols for people he knew and liked. They are used by several competitive shooters in this area.

In the '80s and 90's he traveled to southern Africa 5 times on safari and sight-seeing trips with Diane, and their friends from Kansas. He also hunted extensively in Oregon, Wyoming, and Texas. He treasured those trips. Life with Herb Hazen was an adventure!

His black Labrador pets—and there were several in the last 40 years—were his stalwart companions and bird-hunting buddies. He always said they brought joy to him and were a great comfort.

He was a strong supporter of wildlife conservation organizations, including Ducks Unlimited and Safari Club International. The Jackson Chapter of SCI has worked with local agencies on several anti-poaching projects…something he felt strongly about. He was chairman of the local chapter for many years, and an active leader in his convictions.

Herbs' other great love was cooking. He made many memorable meals for friends. His cheesecakes were legendary, but he was adept at anything he tried. Thanksgiving and Christmas dinners were fun get-togethers with friends in the valley and grew in size over the years.

He was a loyal friend and thankful for his family, friends, and support from health care professionals. During the last 2 months, he was able to tell many of his friends how much they meant to him…which was a gift. Herb Hazen, was a giant to those that love him. The support from his wife, son, sister, and brother was essential to him, and it made a big difference in his well-being. Especially the beautiful, warm, handmade blankets from his sister that he used every day all year long. He received a special heartfelt blanket before he passed away. The incredible chocolate chip cookies from his brother were an added bonus for the last 2 years, as well. So many things to be thankful for and Herb was, especially to his adoring wife of 40 years who gave him everything he ever wanted in life. His son Matthew, a prideful relationship, was here to comfort him in his last week. Matthew, a most loving and kind man carries on Herb's compassion to be all he can be.

He was preceded in death by his mother Sara Bashara Hazen and step-father Jack W. Hazen. He is survived by his wife of 40 years, Diane (Opdenweyer) Hazen, his sister Rosemary (Doug) Adkins, and brother John (Lucinda) Hazen and son Mathew (Roxanne) Hazen as well as his 3 grandchildren. He was with family and friends when he passed at home peacefully.

A celebration of life will be held in May or June when people can share Herb stories. Herb was a very unforgettable character. There will also be a memorial pistol shoot to be held at the Jackson Hole Gun Club. Herbert Charles Hazen will be sadly missed but left a special memory for most everyone he knew.

His wife and family contributed to this tribute.

Donations in his name may be given to the Jackson Hole Gun Club and St. John's Home Health and Hospice.

To order memorial trees or send flowers to the family in memory of Herbert Hazen, please visit our flower store.