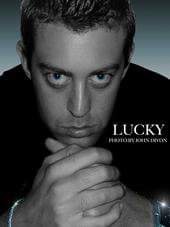 At the age of 11, Angelo moved with his mother to Jackson in August 1992 from Los Angeles, California. He graduated from Jackson Hole High School in 1999. Attended Western Wyoming Community College in Rock Springs, WY in the fall of 1999.

He generously spent most of his time researching and consulting others on the benefits of herbs for health and healing. Angelo was active in bringing awareness to the uses of kratom to assist in recovering from substance abuse and for an alternative pain reliever.

Angelo spent most of his time researching the truth of the world past, present and future. Putting light on what the plans for us are in this new world of technology.

But his true love was music. He was an accomplished rap lyric artist. He has published many sound tracks on his channels and has provided music for others on Youtube.

GoFundMe site for donations for end of life expenses: https://gf.me/u/yxxvxn

A memorial service is being planned for October 4, 2020, at 1:00 p.m. at Mountain View Meadow's Common Area on Whitehouse Drive in Jackson, Wyoming (if the weather is rainy, the memorial service will be switched to October 11th at the same time). If anyone has any questions on this location please call Valley Mortuary. Condolences to the family can be sent online to Valley Mortuary at www.valleymortuaryjackson.com or to the mortuary's postal address at P.O. Box 9059, Jackson, WY 83002.

To order memorial trees or send flowers to the family in memory of J. Mannara, please visit our flower store.