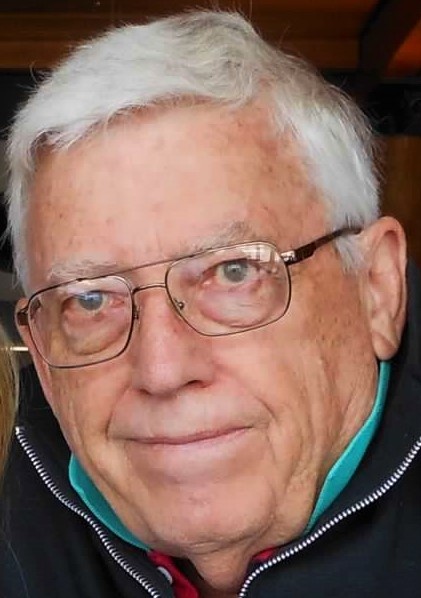 John William Kiefling was born in Sheridan, Wyoming, on December 31, 1938. He passed away in his Jackson home on Sunday morning January 10, 2021, with his wife, Loyola, by his side. They were married in St. Peter’s Episcopal Church September 3, 1961, in Sheridan, Wyoming, and they went on to be happily married for 59-years.

John, an only child, enjoyed his childhood life in Sheridan participating in many sports and activities with his good buddies. He especially enjoyed hanging out with the cowboy wranglers on the Kendrick Cattle Ranch in northern Wyoming when he was younger. His father, George Kiefling, an engineer for the Burlington Northern Railroad, and mother, Louise Kiefling, a homemaker, pre-deceased him and were always supportive of his endeavors.

John graduated from Sheridan High School in May 1956. While in high school, he so wanted to play football for the Sheridan Broncs, but was deemed too small. Not being able to join the football team, he went on to be the high school yearbook photographer. This instilled his lifelong love of photography.

After graduating from high school, he enrolled at Montana State University in Bozeman, Montana, hoping to major in architecture. Not finding this to his liking, he then attended Sheridan College and studied Wildlife Management. While in Sheridan College he joined the basketball team, the Sheridan Generals. John then went on to the University of Wyoming where he graduated with a Bachelor of Science Degree in Wildlife Management in 1962, and later went on to earn a Master of Science Degree in Zoology and Physiology in 1972.

He worked with the Wyoming Game and Fish as a Fish Culturist at the Daniel Fish Hatchery and went on to be a Fisheries Biologist at Flaming Gorge Reservoir in Green River, Wyoming. He was then transferred to Jackson in 1972 as a Fisheries Management Biologist. He retired in June 2001 as the Area Fisheries Supervisor with 38 years of service. It must be noted that throughout the years, while spending many hours in a Game and Fish truck performing his duties in the field, he always had one of his beloved German Shorthaired Pointers sitting beside him in the seat.

John was a 50-year member of the American Fisheries Society, a member of the Jackson Hole Golf and Tennis Club, and a past board member of the Jackson Hole Land Trust. John wrote Studies on The Ecology of The Snake River - Cutthroat Trout, a technical fisheries bulletin published by the Wyoming Game and Fish Department in 1978. His work was noted by the Sport Fishing Institute in 1979. John also received the Abel Rockroller Award in 1998 for improving the quality of fishing in Teton County.

John and Loyola had a wonderful life living and working in God’s Country surrounded by the beautiful Teton Mountains. Two children were born to this union, Scott and Kimberly.

John expressed his wishes to be cremated with no funeral or memorial services; those wishes were honored. He leaves a hole in our hearts and will be forever missed.

To order memorial trees or send flowers to the family in memory of John Kiefling, please visit our flower store.