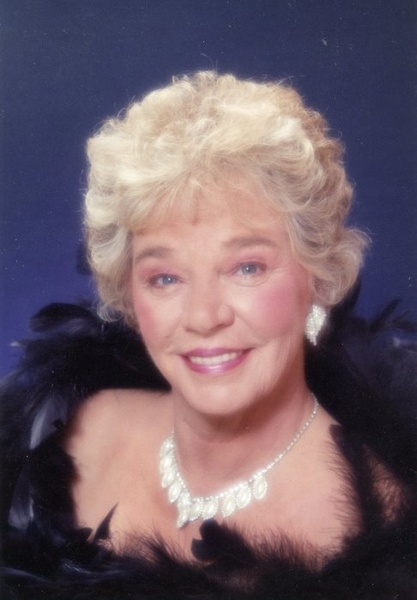 Marilyn passed away on May 31, 2019 from complications with pneumonia at St. John’s Hospital in Jackson, Wyoming with her loved ones around her.

Marilyn Moger was born August 10, 1935 to Robert S. Moger and Mary Esther Norman in Essex County New Jersey.  A Jersey girl at heart, Marilyn spent many of her summers at the Jersey shore and upstate New York at Lake George.

In high school, Marilyn was given the name “Mighty Moe” for her prowess in academics and athletics.  Upon graduation from high school in 1953, Marilyn went on to nursing school in New York City, earning a Bachelor of Science degree in Nursing.

On March 2, 1957, Marilyn married Richard Heck, whom she had met on one of her summer trips to Lake George.  They were married in Caldwell, New Jersey in their parents’ home. After a honeymoon in Quebec, Canada, Marilyn and Richard started their married life in Ft. Lauderdale, Florida.  In 1959, they welcomed their first child Taryn. Then 1960 brought the birth of their son Kurt.

Marilyn loved spending time with her children on the beautiful beaches of Florida.  However, in 1964 the family moved north to Ohio for Richard’s work and remained there for three years until transferred to Farmington, Michigan.

After her children started school, Marilyn continued to work as a registered nurse at Redford Memorial Hospital in Redford, Michigan and Oak Hill Nursing Home in Farmington, Michigan.

In the summer of 1974, Marilyn’s children came to Jackson, Wyoming to visit their grandmother.  At the end of the summer when their father Richard drove from Michigan to Wyoming to pick them up and return home, Richard decided he liked Jackson too much and decided to stay.  Long story short, Marilyn, a Jersey girl, moved to Jackson, Wyoming to join the family. It was a big adjustment for “Moe”, but she grew to love Jackson and all the life-long friends she made.  Through the years, Marilyn continued to work as a nurse at Grand Teton Lodge during the summer months and focused on home health care in the off-season in Jackson and the surrounding areas.

Marilyn’s biggest love of course was her family…the biggest joy in her life.  She always talked about how fortunate she had been to see her children and grandchildren grow up in such a beautiful place.  She was honored to live long enough to welcome seven great grandchildren.

She was often called the family historian having the incredible ability to remember everyone’s birthday and anniversary without fail, never missing to send a birthday or anniversary card.  If she knew you, you probably received a card from her for whatever reason she chose.

Rest in peace mom, grandma, and great grandma.  You will forever be in our thoughts and prayers.

To order memorial trees or send flowers to the family in memory of Marilyn Heck, please visit our flower store.