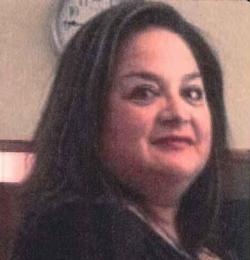 This is no ordinary obituary because Monica was no ordinary lady - to know her was to love her. She touched the lives of everyone she met and left a everlasting impression on those who knew her.

Monica Herrera passed away Friday, January 30, 2015 in Kelly, Wyoming. She lived in Driggs, Idaho since 1995. She was born in Hollywood, California on November 7, 1967. She grew up in San Diego, California then moved with her family to Driggs.

Monica had worked at St. John's Medical Center in Jackson, Wyoming for 20 years. She loved her job as a housekeeper, she was always serving and thinking of others.

She will also be missed by her grandchildren: Manuel Susano Jr., Armando Alamos, Alexia Herrera, Adan Susano, Juanito Herrera and Avery Herrera; her nieces that resided with her Tina Torres and Alexis Luna; she also leaves close family members such as aunts, uncles, sisters-in-law, brothers-in-law, cousins, nephews, nieces and co-workers.

A memorial service will be held on Wednesday, February 4, 2015 at the Valley Mortuary in Driggs followed by a graveside service at the Driggs Cemetery.

To order memorial trees or send flowers to the family in memory of Monica Herrera, please visit our flower store.