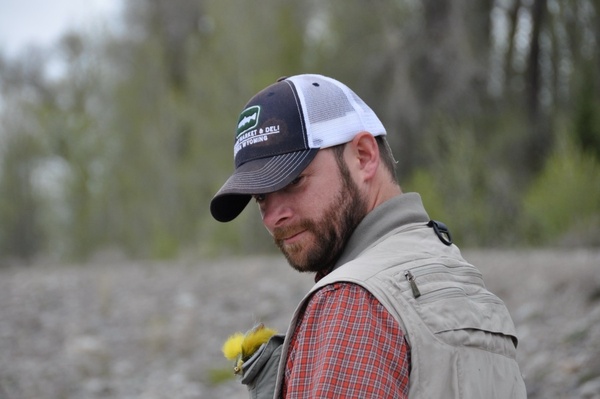 Nick was born in Stamford, Connecticut, the son of Irene M. Cronkright of Eugene, Oregon and Nicholas A. Bochicchio, Jr. of New Canaan, Connecticut.

Nick moved to Jackson for a short few years in Junior High School and knew it was where he wanted to establish his roots. After graduating from Brien McMahon High School in Norwalk, Connecticut, Nick worked his way through restaurant kitchens, eventually becoming head chef at Snake River Brewing Co.
He bought Creekside Market and Deli in 2006 and built it into the cornerstone of the community that it is today.

Nick is survived by his beloved wife, Sarah Korsten Bochicchio. The two wed in 2008. Nick’s adoration for Sarah was palpable to everyone around them.

Nick is also survived by his two sons, Nicholas A. Bochicchio, IV and Nathaniel E. Bochicchio. Nick relished spending time with them and teaching them his “MacGyver” ways. He loved them immensely and being their father was the pride of his life.

A businessman, a teacher, a generous community member, a fisherman, a jack of all trades. Nick had a smile that could brighten your morning and a hug that could carry you through the day. There is a hole in all of our hearts and we will miss him terribly.

The Bochicchio family and the Creekside staff would like to thank you for the enormous outpouring of support in this difficult time.
A celebration of life will be held Saturday September, 25th 2:00 to 5:00 p.m. at North Park (across from Creekside).

To order memorial trees or send flowers to the family in memory of Nicholas Bochicchio III, please visit our flower store.