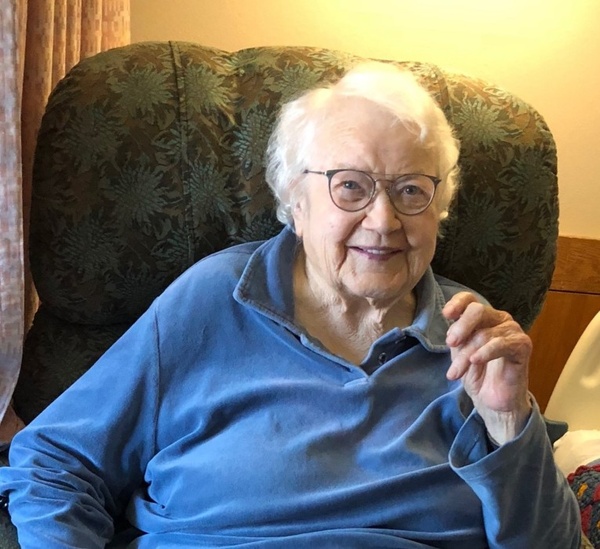 When Phyllis was a little girl, the family moved to Jackson, Wyoming where her father had a job on the Government Ranch, now called the elk refuge. In those days, it was a working ranch and included irrigating, putting up hay in loose haystacks, and feeding the hay to the elk with a team and sled. She was really proud of the fact that her dad was a renowned teamster who freighted with a six horse team from Ashton to Moran and this is how her parents met. She was also very proud of her Grandfather, Albert Nelson, who was the first Game Warden and the first taxidermist in Wyoming.

Before Phyllis graduated from high school, the family moved back to Ashton, Idaho to work the Osborne family farm. She graduated from Ricks College and soon started teaching school. She taught school in many places in Western Wyoming such as: Wilson, Moran, Superior, Merna, Wamsutter, Ethete, and Farson. While teaching in Superior, she taught nine year old Pam Smardo. Phyllis was her teacher and became her mother and later her sister in law. Phyllis and Pam moved to Merna, where Phyllis taught the Roberts kids (Dick and Leona’s) for five years.

Although Phyllis never married, she had a strong mothering instinct, and so after Pam and Phyllis’ brother, Rod Osborne married, she had a teaching job in Ethete. While there she found a little Indian boy named Hermas Lewis Wallowing Bull who needed a mother. She brought him into her home and eventually attained legal guardianship of him. She called him Billy Bull and she raised him into adulthood.

Meanwhile, she retired from teaching, but still always worked at various jobs. Phyllis had an “itchy foot” and lived in many places looking for the “greener grass on the other side of the hill”, but it was always greener in Jackson, where she passed away on October 28, 2019. She was preceded in death by her parents, Ray Osborne and Mabel Hokansen, siblings Rod, Ray, Leona, and Buddy, son Billy. She is survived by her sister, JoAnn, daughter Pam, Grandchildren, Rod Osborne and Cheyenne Bull, and numerous nieces and nephews.

A memorial service is planned for late spring or early summer.

To order memorial trees or send flowers to the family in memory of Phyllis Osborne, please visit our flower store.