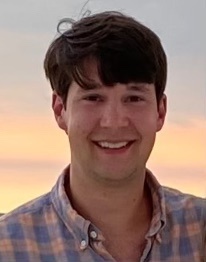 Radcliff Lyons Spencer of Jackson, Wyoming, died Sunday of injuries from a fall while backcountry skiing in Grand Teton National Park on February 13. He died in nature, which he loved. But his loves knew no bounds. He loved his Lord, and he loved his family, and he loved his friends. His gentle, warm spirit lit up every room he entered. His boyish smile, his playful sense of humor, and his amazingly raw honesty endeared him across generations. A native of Atlanta, Rad was born on May 1st in 1994, the first grandchild in the family. Early on, Rad’s character was revealed when he was given the Citizenship Award in the 6th grade at Westminster. In high school, he began getting a taste for the outdoors with Moondance and trips to Wyoming and Alaska with NOLS, the National Outdoor Leadership School. He graduated from the Westminster Schools in 2013-- shortly after his lacrosse team won the state championship. He went on to the University of Georgia where he was a leader not only in the Chi Phi fraternity but also in the Interfraternity Council, and he served as a team leader for UGA HEROs, which helps children affected by HIV/AIDS. He spent a college break working at the C Lazy U Ranch in Granby, Colorado. After graduating from the University's Terry School of Business, Rad began his career with Jackson Hole Real Estate Associates, and then joined the Neville Group in 2019 and subsequently helped form Neville Asbell Spencer, a full-services residential real estate firm in 2021. He grew up in Atlanta's Northside Methodist Church and was an organizing member of Fresh Life Church in Jackson. He was a beloved mentor as assistant boys' lacrosse coach at Jackson Hole High School. Indoors, he loved breakfast dates (something only Rad could pull off) and was an unlikely devotee of hot yoga. In Jackson, Rad became educated about the sometimes challenging weather and the terrain. He immersed himself in avalanche classes and became a knowledgeable and cautious skier and technical climber. As his mother said in the Jackson Hole News, Rad felt "closest to God" when he was in the mountains.

Sadly, his best life was cut short as he was tackling one of his many goals: skiing the highly technical Apocalypse Couloir on Prospectors Mountain in the back country of Grand Teton National Park. If there is a hole left in the hearts of those who lose someone, Rad leaves a canyon. He was an exceedingly popular and engaging member of the Atlanta and Jackson communities. Rad’s Instagram account – thats_so_rad – illustrates the stories of his active, joyful, fun and funny life. Still, the heartbreak felt in the Jackson and Atlanta communities lands particularly hard on his immediate family who include the person closest to him in age, his sister Katherine Spencer Watson (Kaki), and his four admiring younger brothers – Robert Randolph Spencer (Bobby), Henry McCreery Broos, William Langhorne Spencer Jr., and John Coleman Spencer (Jack). Rad is also survived by his parents: Lucy Lyons and Daniel G. Broos and William Langhorne and Katherine Coleman Spencer and his long-time friend and new brother-in-law, Ryan Watson. Numerous aunts, uncles, cousins and a host of devoted friends will miss Rad greatly. His grandmothers Lucy Radcliff Harrison (Jimmy) of Mobile, Alabama, Mary Randolph Coleman Spencer of Richmond, Virginia, Ann Guillory Coleman of Atlanta and Ellie Hamm Spencer of Warrenton, Virginia also survive him. Rad was predeceased by his grandfathers William Hunter Lyons and Harold Rennolds Spencer as well as his uncle and namesake, Robert Radcliff Lyons who also died in a tragic accident at a young age.

Interment of ashes will be Friday morning, February 18 with the family. A service of thanksgiving and celebration honoring Rad will take place at 11 a.m. at the Cathedral of St. Philip.  The service can be seen online via a link at the church’s website, www.cathedralatl.org.  There will be a second service to celebrate Rad’s life with the Jackson Hole community at a future date.  In lieu of flowers, the family knows Rad would appreciate donations to the Teton County Search and Rescue Foundation, P.O. Box 1063 Jackson, Wyoming 83001, the Jackson Hole Lacrosse Club, P.O. Box 6707 Jackson, Wyoming 83002, and the Fresh Life Church in Jackson.

To order memorial trees or send flowers to the family in memory of Radcliff Spencer, please visit our flower store.