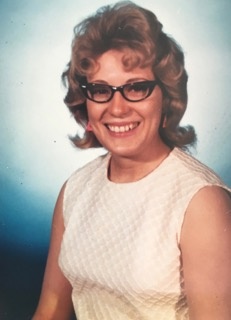 Rita attended High School in Jackson. After obtaining her GED she married Kenny Bircher and had a daughter named Karen Sue Shannon. After a divorce, Rita Robertson met the love of her life, James Edward Heron in 1962. They married and had a son, Cole Edward Heron. Rita and Ed remained married for 53 years.

Rita and Ed lived in many states, including Arizona, Oregon, Utah, Washington, and Idaho before returning to Jackson. They were hard-working people who traveled to where the work was plentiful. Rita supported Ed on their journeys by taking care of their 2 children. She was always known as an amazing nurturer, making sure that everyone’s needs were taken care of before her own. Down the road when they became grandparents, Rita and Ed helped raise their grandchildren, Casey and Robye Heron.

During Rita’s life she worked many jobs; from being a bookkeeper, to a waitress, also a cook at a hunting camp, to working at the famous Cowboy Bar, a receptionist, a baker, all besides being a homemaker and mother. She had many skills and an inviting personality that kept everyone wanting her around. Rita also was an avid reader and enjoyed relaxing while watching the Golden Girls.

To order memorial trees or send flowers to the family in memory of Rita Heron, please visit our flower store.