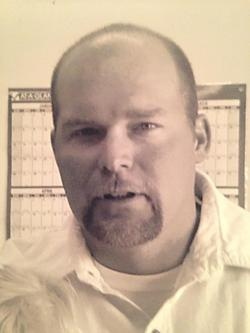 Robert Rockefeller Zazzara died April 19, 2015 in Victor, Idaho. Rob was born on November 11, 1969 in Red Bank, NJ to the late Ronald Zazzara and Bobbi Rockefeller. Rob is survived by his mother Bobbi Rockefeller and Step Father Peter Edington, his brother Nick Zazzara and his son Jade Zazzara. Rob was previously married to Summer Winger. Rob attended Teton High School in 1987-88 and played football and Basketball. He enjoyed playing golf, hunting, fishing and riding his snowmobile. Most importantly he loved spending time with his son Jade. They enjoyed many activities together and he was a great teacher, mentor, coach, and role model to his son whom he loved very much. Rob was a beautiful soul and everyone who met him grew to love him. He was a loving Father, Son, and Brother. He will be dearly missed.

A Memorial gathering will be happening May 30th at Targhee Village Golf Course.

In lieu of flowers, donations can be made to the following Memorial Fund. www.gofundme.com/robzazzara Donations will be held in trust for Rob's son Jade.

To order memorial trees or send flowers to the family in memory of Robert Zazzara, please visit our flower store.