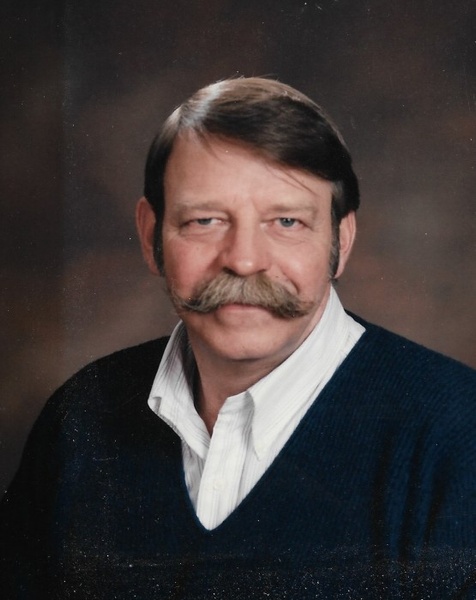 Chef Walton, 76, renaissance man and friend to all

A celebration of life for Jackson resident Robert "Bob" Lewis Walton will be held at 3 p.m. March 16 at the Presbyterian Church of Jackson Hole, 1251 South Park Loop Road. The date would have been the 44th wedding anniversary of Walton and his wife, Mary.

His family provided the following.

Known to many as “Chef,” Bob was born on Jan. 25, 1942 in Jenkins, Minnesota. One of 12 kids, he was raised on a homestead settled by his grandfather in rural Minnesota.

Bob was truly a renaissance man who dabbled in many pursuits, from being a truck driver to working on cars, sailing and construction, in addition to his career in the kitchen. He loved taking things apart and putting them back together; sometimes with his own flair, like the silver station wagon where the key was replaced by a wooden dowel with a notch at one end.

Bob loved cooking and all things culinary. He began his professional training in 1962 as an apprentice under Chef R.A. Dietrich. Bob finished his apprenticeship in 1964, and joined the U.S. Army. After completing Basic Training and Cooks and Bakers School at Ft. Leonard Wood, he served for two years as a cook at Valley Forge General Hospital.

In 1966, Bob left the army and continued his culinary career with RockResorts, a luxury resort chain owned by Laurance Rockefeller. His career with RockResorts took him many places over the next 30-plus years, including the Mauna Kea Beach Hotel on the Big Island of Hawaii, Caneel Bay on St. John in the U.S. Virgin Islands, and Little Dix Bay on Virgin Gorda in the British Virgin Islands. He first came to Jackson Hole in the summer of 1969 as the sous chef for Jackson Lake Lodge.

Bob met his future wife Mary in 1972 at Jackson Lake Lodge, where they both worked. They fell in love, and moved to the Big Island later that year. They were married in Hilo, Hawaii in 1974, and they continued to resort hop, moving to both the British Virgin Islands and then U.S. Virgin Islands, where their daughter Katie was born in 1978.

In 1979, Bob returned to Wyoming as the executive chef for Grand Teton Lodge, and in 1981, shortly after their daughter Amy was born, the position transitioned to a year-round commitment. Bob and Mary settled down to raise their two daughters at Jackson Lake Lodge. Aside from overseeing the opening season at The Boulders resort in Carefree, Arizona in 1984, Bob and Mary have lived in Jackson Hole.

Bob was known for his calm, quiet demeanor and leadership skills. He took many young chefs under his wing and helped them develop their careers. He truly believed in culinary education, a belief reflected by his membership in the American Culinary Federation, which he joined in 1967, as well as his participation in the Resort Food Executive Committee from 1979-1996. This passion for continuing education and skill building led him not only to earn his Certified Executive Chef credentials from the ACF, but also to become the founding president of the Jackson Hole Chef’s Association, the first chapter of the ACF in Wyoming. This organization allowed the member chefs of Jackson Hole to host events, including “Chefs on the Square,” and earn continuing education credits for the work that they did throughout the valley.

Bob will be remembered as a gifted storyteller with a sharp sense of humor. Winters at Jackson Lake Lodge were often long and cold with only a handful of residents, but Bob made sure to teach cooking classes and host gatherings in his home for the year-round staff. These events were filled with food, drinks, and merriment. Everyone knew that the Walton house was always open to friends and family. Bob also taught cooking classes for the kids at Moran School, and often helped with the monthly hot lunch program. He cooked for the Spring Fling at Jackson Lake Lodge for 18 years, and was a huge part of putting together the first BBQ for the Moran Volunteer Fire Department which became a yearly benefit for which he loved to cook.

In 1995, Bob suffered a life-altering stroke that ended his professional career, but did not end his love of food and cooking. He and Mary moved to Rafter J in the spring of 1997, and he continued to cook at home often bringing meals to friends throughout town. He also spent a lot of time working on projects in his garage including leather and wood work.

Bob had a strength and resilience that amazed those around him, and his blue eyes always twinkled with a sense of mischief. Everything he endured was “just a scratch” whether a burn, a cut, sawing his knuckles off, or dealing with his many surgeries and two amputations. His iconic mustache will be missed by all that knew him.

He was preceded in death by his parents Marion A. Walton and Christine “Marie” Schultze; brother Roy Walton; and sister Marian Deutschman.

In lieu of flowers, donations can be made to St. John’s Living Center, the Senior Center of Jackson Hole or Friends of Pathways.

To order memorial trees or send flowers to the family in memory of Robert "Bob" Walton, please visit our flower store.