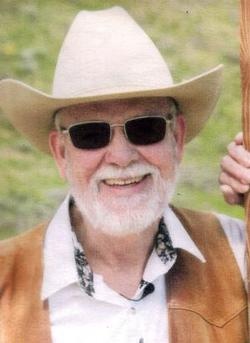 Longtime valley resident Steve Edwards died Dec. 7 at home after a long illness. He was 65. Steve passed away quietly with his wife, Tina, and good friend Bill Addeo by his side. Steve was born July 29, 1949, in Dayton, Ohio. He grew up with great parents, Fred and Norah, and older brother Tom and younger sister Amy. After college Steve joined the National Guard and the U.S. Air Force Reserve. He was honorably discharged as a sergeant in 1973.

He also served, until June of 1987, on the Temperance Volunteer Fire Department in Bedford Township, Monroe County, Michigan. He spent 10 years as a deputy with the Monroe County Sheriff's Department. He ended his law enforcement career as head of security and training for 12 years at Detroit Edison Nuclear Energy.

After arriving in Jackson, Steve owned several businesses, including Mountain Mobile Power Wash and Jackson Firewood. After his divorce from Sandra he drove a cab for several years and met and married Tina.

He worked for six years as a security officer at the National Museum of Wildlife Art, after which he semi-retired. Bored with that, he started Western Wyoming Investigations, which he enjoyed doing.

Steve was a kind and generous soul and loved helping people.

The family would like to thank Dr. Mike Menolascino and his staff, the nurses in the primary care unit and the oncology department of St. John's Medical Center for excellent care. The family would also like to express appreciation to Hospice for being there in Steve's final days.

To order memorial trees or send flowers to the family in memory of Steven Edwards, please visit our flower store.