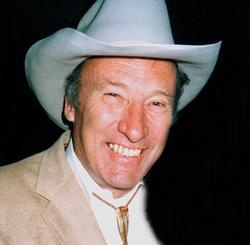 Dick Bess a long-time resident of Jackson, Wyoming, passed away peacefully in his home on April 10th, 2014, after battling stage 4 bone and prostate cancer for the past 11 months.

He was the oldest of 3 children born to the late Thomas Bess and Faye Stewart. Dick was the beloved husband of Dian Bess who passed away earlier this year on February 13, 2014. They were married for 62 years. He will forever be remembered by his 2 children, daughter Deborah Gabriel and son Dan Bess, along with countless other friends and family whom were blessed to know him.

At the young age of 16, Dick started riding motorcycles. He was never without his bike. Dick loved the sport so much he went into flat track racing in Southern California at the famous Ascot raceway and Lucerne Valley race tracks. Dick traveled to every race track he could to follow the sport he loved. Often Dick would be published in the New Port news showing off his bike and good looks. Dick loved the outdoors and his father would often take him hunting as a young child.

After high school, Dick joined the Air Force as a jet mechanic to take up the fight during the Korean War. While stationed in Louisiana, Dick asked Dian to marry him. They soon married and stayed in Louisiana throughout Dick’s enlistment and eventually moved back to Santa Monica where they started a family.

In the early 60”s, Dick went on an elk hunt in Jackson Hole, Wyoming. He fell in love with the simple life and beauty. When Dick returned from his hunt he was becoming weary of the hustle and bustle of California and was finding himself not happy raising his family there. Dick was offered an opportunity to buy an existing guest ranch 17 miles south of Jackson, on the Hoback River. Dian was not a country girl but wanted to please Dick’s ambition to raise the family in a better environment. Dick and his family ended up moving in 1963 and purchased the guest ranch and named it “The Spotted Horse Ranch”. The life on the ranch lasted for 40 years, although they sold the ranch in the fall of 1999.

Dick loved the outdoors, from flying in his own private plane and traveling the world hunting big game in Alaska, Africa, Northwest Territories and Australia.

Dick and his late wife Dian, touched the lives of many people and they both maintained their dignity and sense of humour to the end.

The family would like to thank the endless and selfless care that their Private Caregiver’s, Hospice, Dr. Hayes, The Senior Centre and friends gave to Dick and Dian.

Friends and family are invited to attend a western style Memorial service at the Spotted Horse Ranch As follows: Saturday, May 3rd, 2014 9:30 am viewing and parking 11:00 am Service

HE WILL BE MISSED

To order memorial trees or send flowers to the family in memory of Thomas Bess, please visit our flower store.