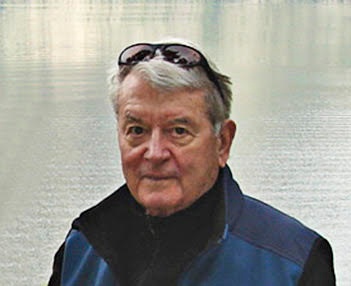 Jackson Hole resident, William Alpheus (Al) Ringer, 81, died January 30th at St. John's Living Center after suffering a stroke. Al was born April 7, 1934 in Ardmore, Oklahoma to Willie Peterman and Alpheus A. Ringer.  After graduation in 1957 from the University of Oklahoma with an Electrical Engineering degree he served as a naval officer on the aircraft carrier Midway in the nuclear weapons division. After leaving the service Al worked for several brokerage firms in Denver before joining the porcelain division of the Adolph Coors Company in Golden, Colorado.  In 1965 he met and married his wife of 50 years, Lynn Diane Lagerberg.  During this time he moved on to a sales position in Boulder, Colorado at Granville-Phillips Company (GPC).  GPC was a world leader in the development and manufacture of instrumentation for low pressure (vacuum) measurement and control.  While there Al obtained his MBA degree from the University of Colorado and ultimately served as the president of GPC for ten years before his retirement and move to Jackson in 1999.  In addition to his work at GPC he served until recently on the Board of Directors of a high vacuum company, Instru Tech, Inc. of Longmont, Colorado. Many will miss Al's dry sense of humor, quiet wit and ever-present good nature.  He loved to ski, hike and work in his yard.  He is survived by is wife and god-daughters, Amy Burgess Smith and Katherine Sliker. At his request there will be no formal service.  Memorial gifts can be made to the charity of your choice.

Condolences may be sent to Al's family through valleymortuary@gmail.com and this website.

To order memorial trees or send flowers to the family in memory of William Ringer, please visit our flower store.